One of Boston's leading local bands of the mid-'70s, Reddy Teddy preceded, by a couple of years, most of the groups that would coalesce into a scene around the Rat, the club that served as Boston's first indie-rock epicenter. Their sole album, released by a Cambridge indie, is well-produced, aggressive pre-punk rock'n'roll that sounds at times like a tighter, polished version of the New York Dolls. The songs, written by guitarist Matthew MacKenzie (who co-produced the album with Willie Alexander and Maxanne Sartori), are mostly defiant poses and celebratory teenage anthems, with a stop along the way for a protest number ("A Child of the Nuclear Age"). The tunes are so strong and well-played (especially for an independently produced record of the time) that it's difficult to understand why the quartet was never signed by a major label. Reddy Teddy broke up shortly after the record's release. MacKenzie has since worked with the Nervous Eaters, Richard Lloyd and the Taxi Boys.

Reddy Teddy reunited in 2004 and celebrated with a two-disc retrospective and an album of new material.....

Reddy Teddy's 1976 debut album documents the songwriting and musical talents of Matthew Mackenzie and his schoolmates from Winchester, Massachusetts. Dominating the 70's Boston club scene (The Rat) they were a favored opening band for national acts. 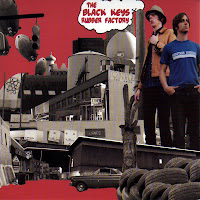 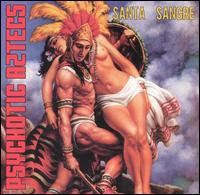