Two great artists from two great musical families. Bernard and Cedric have been around the block and back again. This 2013 release is lightening hot. From the blues/rock genre of music, this is the first collaboration between the two artists and hopefully not the last.

"Bernard Allison (guitar, vocals) is the son of Luther Allison (1939-1997), who was famous for his rocking take on the blues, a style he originally honed backing up masters like Freddie King and Otis Rush; Cedric Burnside (guitar, vocals, drums) is the grandson of R. L. Burnside (1926-2005), whose extremely raw sound was influenced by John Lee Hooker, Lightnin' Hopkins and Muddy Waters."

Besides a batch of fresh original songs, the band interprets Ike & Tina Turner's "Nutbush City Limits," the classic "Going Down" by Don Nix as well as Willie Dixon's "Hidden Charms."

Besides Bernard Allison and Cedric Burnside, the band features...

They will also be on board this high-speed train as it rolls through a roughly 90-minute set that focuses on material from the new album, as well as some additional songs by the Cedric Burnside Project.

You can hear the past influences in the music, not only from the masters but also from their own solo projects, North Mississippi Allstars, and a touch of funk and Cajun thrown in for good measure.

There is not one weak song out of the 11 tunes. Great collaboration guys. 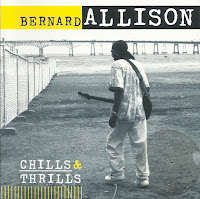 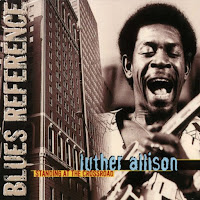 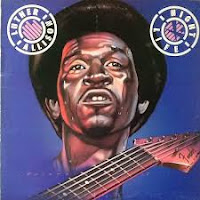