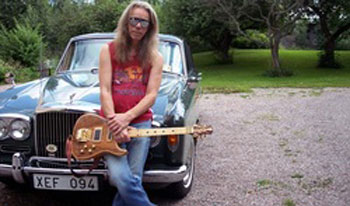 Known as the guitar player in CORVUS STONE but there is more!

I love music. I hate music by numbers. If there is one album I consider to be a template of how to do things, The BEATLES White Album would be it. Something I realized recently, is that I am not a fan of the genre we call Prog. If I list every piece of music I love, all of it falls in to that genre tho'!
There is a reason. Almost none of my favourite music was aimed at a prog market. It didn't exist!
Did GENESIS, ZAPPA, STEVEN WILSON, BEETHOVEN, PINK FLOYD design prog albums? Nope!
Neither will I ever want to.

The COLIN TENCH PROJECT is not a designer album. It is melodic, much of it instrumental music & almost classical in areas, then suddenly a bit mad for fun. The players and singers on the first album include Peter JONES (TIGER MOTH TALES & CAMEL), Petri LINDSTRÖM (CORVUS STONE), Phil NARO (DDRIVE & Julian LENNON), Vic TASSONE (UNIFIED PAST) plus many more. All of them very musical and skilled. I would say that my guitar playing is always flawed. Maybe that is the secret. In the mixing, I don't quantize or use any technology that will take the character out. I hate music made artificially loud, rarely buy it and certainly won't do that to music myself.

Hair in a G-String (Unfinished but Sweet) 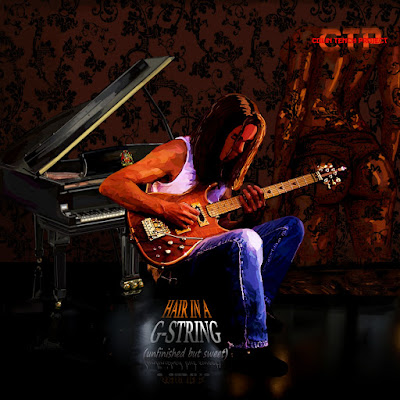